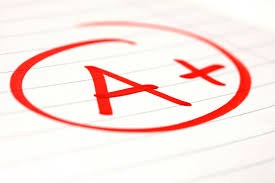 Van Alstyne ISD received a Smart Score of 4.5 Stars on a 5 Star scale from TXSmartSchools for having strong and cost-effective academic growth.

TXSmartSchools.org is an online data integration platform launched by former Texas comptroller Susan Combs that will empower parents and educators to identify schools that are getting the “best bang for the buck”.

Combs says, “With this platform, parents can find out which schools are beating expectations and educators can find peers whose success makes them worth emulating”. Its online resources help to identify school districts that produce high academic progress while maintaining cost-effective operations by including education spending efficiency in the equation. Van Alstyne ISD has been identified as one of those districts.

Academic progress, district demographics and financial data are combined to create a 1 to 5 Star “Smart Score” rating, with half-star increments. The ratings are then used to identify districts that are getting the maximum student performance in return for each taxpayer dollar.